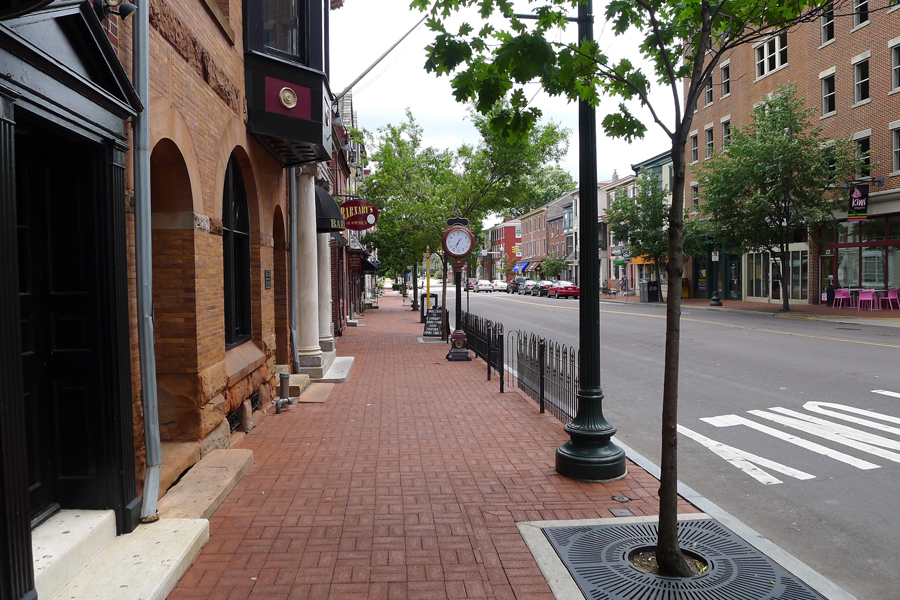 Situated in the center of Pennsylvania’s Brandywine Valley, West Chester is a picturesque and historical community that offers small-town charm in Chester County. The Philadelphia Inquirer called it “one of the world’s most perfect small towns.”

The history of West Chester, Pennsylvania, began in 1762, when Phineas Gage was issued a license to build a tavern. The borough was incorporated in 1799. One of the nation’s first railroads was built in West Chester in 1832, and a prominent courthouse, designed by Thomas U. Walter, was completed in 1847.

West Chester is home to Q.V.C. the American cable, satellite and broadcast television network. It is a flagship shopping channel specializing in home shopping for all ages. Q.V.C. stands for quality, value and convenience. It was started in 1986 in West Goshen Township. A must-do would be to schedule a studio tour with a stop in the company store!

The American Helicopter Museum & Education center is also located in West Chester. Open daily from 9 a.m. to 5 p.m. the museum focuses on the history, science, and technology of rotary wing aviation. They offer tour guides for the museum and helicopters rides at an additional fee. They also have a flexible venue for hosting your next event!

West Chester is your perfect option for spending the day sightseeing and shopping in over 60 boutiques for items you won’t see at the mall. There are over 65 award winning restaurants for every taste and budget — many offer entertainment in the evening making it a great place to wind down after a long day.

Split into Townships of